Magpie groupconducts many adventure related activities in beautiful and preferred locations of Uttarakhand Himalaya under the observation and guidance of well skilled professional instructors trained from NIM (Nehru institute of Mountaineering).

Uttarakhand Himalaya has a long list of ancient and modern adventure treks because since ancient time Trekkers have been wandering in this difficult terrain of Himalaya in the form of devotees, pilgrims and nature lovers. Treks made by pilgrims, since ancient time, are still in existence and bieng used also in modern adventure- trekking and mountaineering sports. Before 1982 Utaarakhand Himalaya was the second most popular destination after Everest in entire Himalayan region, among mountaineers and trekkers, due to having second highest peak of the Indian Himalaya NANDA DEVI (7816 metre) in its lap. There are many hidden, unexplored, undiscovered and barely accessible abandoned ancient treks here in Garhwal and Kumaon region of Uttarakhand which always have been a matter of curiosity, challenge and adventure among trekkers and mountaineers. Uttarakhand Himalaya’s lofty and scarcely accessible mountain peaks, like SHIVLING, CHOUKHAMBA, NEELKANTH, PANCHA CHOOLI, TRISOOL and many more entice trekkers and mountaineers to be climbed. There are many great religious destinations of Hinduism situated the glacial part of deep middle and greater Himalayan region of Uttarakhand ,India. Treks to these religious destinations have become more convenient in recent years therefore thousands of devotee trekkers can easily climb upper Himalayan Mountains. But many glacial treks are still difficult, almost untouched and unaware of human bieng and its activity. These extremely challenging treks reveal many hidden aspects of the Himalaya when it pass through alpine meadows, narrow valleys, deep gorges, high passes and huge glaciers therefore every year thousands of adventure lovers from all around the world visit Uttarakhand to take challenge and explore new boundaries of adventure, difficulties and ecstasy during these strenuous treks. 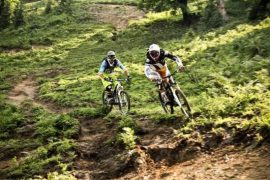